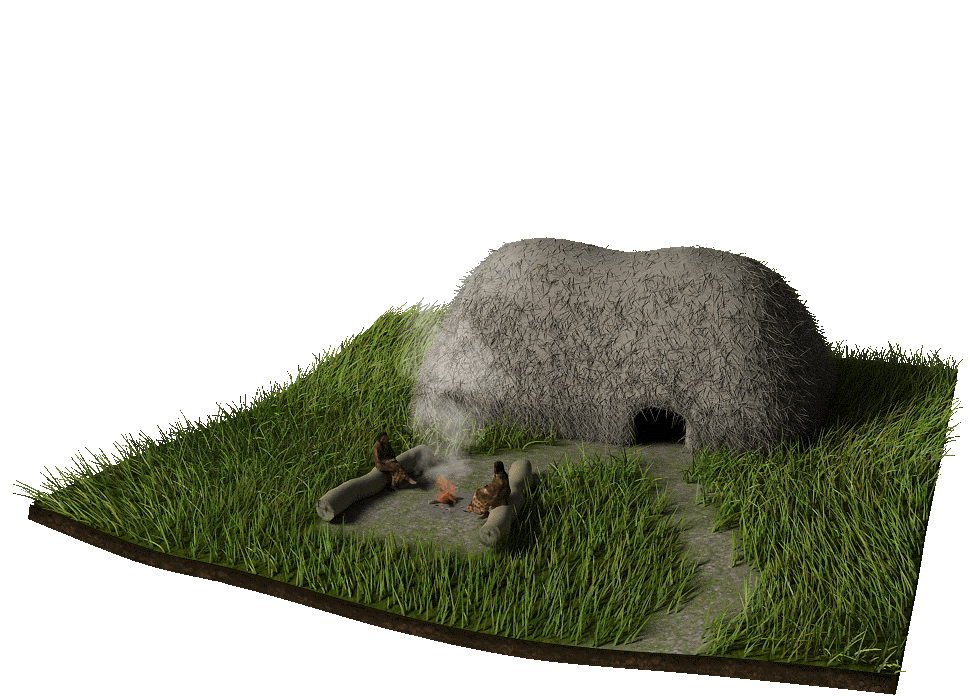 EVOLUTION OF CONSTRUCTION IN UK When men and women first emerged from caves and tried to build a home, early attempts were little more than crude screens of branches and twigs that gradually became walls of turf or stone.

The biggest change to these early methods came with the Roman invasion in 43AD. The Romans brought concrete construction to Britain and jointing mortar that was so strong that walls became an almost monolithic mass. Iron Age settlements featured houses of up to 10.5-m in diameter built using posts driven into the earth and the gaps filled by wattle daubed with clay. Only where timber was in greater supply were split tree trunks or planks used. Building regulations were introduced from around 1200. Early rules included stone party walls of at least three feet, but this was often flouted, leading to a collapse and a stream of accidents. As a result, the stone became less commonly used for walls.

Timber frame for housing was pioneered by the Elizabethans, who used large sections of load-bearing timber frames that were in-filled with wattle and daub. Buildings were still being built entirely from timber in the late sixteenth century with brick predominantly used for chimneys and hearths. As the farmers that had acted as part-time home builders were replaced by brick-makers and the master builder, the brick became more common.

The Baroque Age saw an increase in the use of windows and between 1670 and 1700, key features of the glass-making industry, including the coal-fired reverberatory furnace and the cone-shaped glasshouse, were established. The first terraced housing had been introduced in the late seventeenth century and the first apartments – known then as garden flats – emerged in the 1860s, just before house building entered a boom period. Between 1870 and the outbreak of World War One in 1914, nearly five million homes were built in the UK with standards raised as building techniques improved.

In the decade after World War Two, swathes of new homes were needed across bomb-torn Britain and the pre-fab was born. Around 70,000 bungalows were built under the Temporary Housing Programme over the ensuing decade using aluminum alloys. The 1950s brought a surge in the building of the modern style of blocks of flats, which began in 1951 with the construction of The Lawn in Harlow, Essex, now a Grade II listed building.

Building regulations were relaxed in 1954, fuelling the rise in homebuilding. Between 300,000 and 400,000 homes were built every year during this decade, mostly featuring new amenities, such as fixed baths, running water, and lifts in apartment blocks.

This house building boom lasted until the 1970s, when the new towns of Basildon, Harlow, Milton Keynes, and Peterborough sprang up – many featuring houses built using timber frames. Today, many of the new homes at the cutting edge of house building feature a range of environmentally friendly features as the industry pushes towards the zero-carbon home.

From natural ventilation to passive solar gain, water harvesting to mechanical ventilation and heat recovery, cellular clay blocks, and ground source heat pumps, the modern new house bears little relation to its forebears other than the most important of all: providing a home.

Revite is a true one-stop solution provider for all your architectural and construction-related needs. We invite you to experience our services first hand while maintaining a high reputation for providing quality architectural, building construction, maintenance work by remaining principled, independent, and profitable. Over 75% of new business enquires are by referral, which confirms our professionalism and expertise. With over 15 years of experience, we have proved our self as one of the UK’s best architectural and construction companies. Revite is among the preferred choice of residents. If you have any type of planning permission, architectural design, or building-related work query, please call our dedicated team for help and free quotation 01753 376991 or send us Query Online. We are always here to welcome your queries.

Revite is a true one-stop solution provider for all your architectural and construction-related needs. We invite you to experience our services first hand.